In Which I Wasn’t Expecting To Go So Far Up

Saturday morning. Odd day for a race, a Saturday. I think every other race I’ve taken part in has been on a Sunday. Probably because there was a televised cross country run around the same area later on in the day, but still. A Saturday.

We woke up around 7am then snoozed til around 7:20, as is the tradition. I got up and made myself and Hayley a wonderful home made breakfast (microwave burger to share, I normally have one to myself but as it was only a 5k that felt greedy.)

Got to the bus stop a few minutes before the bus arrived (handy) and stayed on it for around 40 minutes before getting off quite near Holyrood park where the run was taking place. (Which is obviously why we got off there…)

Ten minutes steady walk and a quick look around then it was pretty much time to line up for the warm up. I don’t usually take part in the warm up for two reasons:

However! I took part this time for two reasons:

2. It was chuffing freezing. 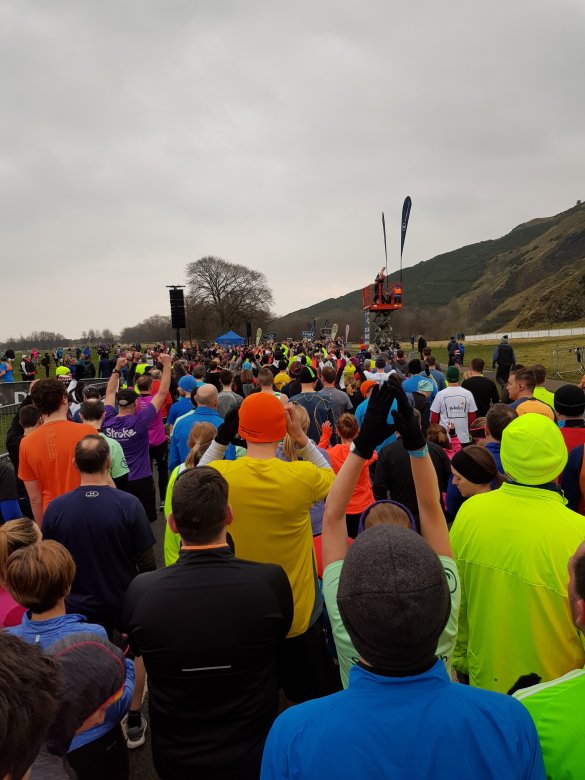 Warm up done, it was go time. I’ve not been around this area so much but figured that it would be a lap of Arthur’s Seat and so nice and steady. Arthur’s Seat is an extinct volcano and popular with climbers, it’s not too hard to get to the top. (Been there, done that.) The views from the top of Edinburgh are amazing.

Back to the run! Started off easy enough, nice and flat route for a few minutes then we turned a corner and… hill. Big hill. BIG hill! Should’ve checked the route.

Turns out the first mile included 200ft of climb. And I felt every foot. In my feet. And legs. But the views from the top were amazing. There was a bloke playing bagpipes at the top and he must’ve had a lift up because otherwise he would’ve not had enough air in his lungs to play.

The down hill section was fun though. Not done many 5k races and so it seemed over very quick. Especially the last mile. Before I knew it I was over the line and getting my goody bag with a brand new medal and t-shirt.

Found Hayley easy enough and we watched a few of the runners finishing before heading off to Wetherspoons for a breakfast and to recover. 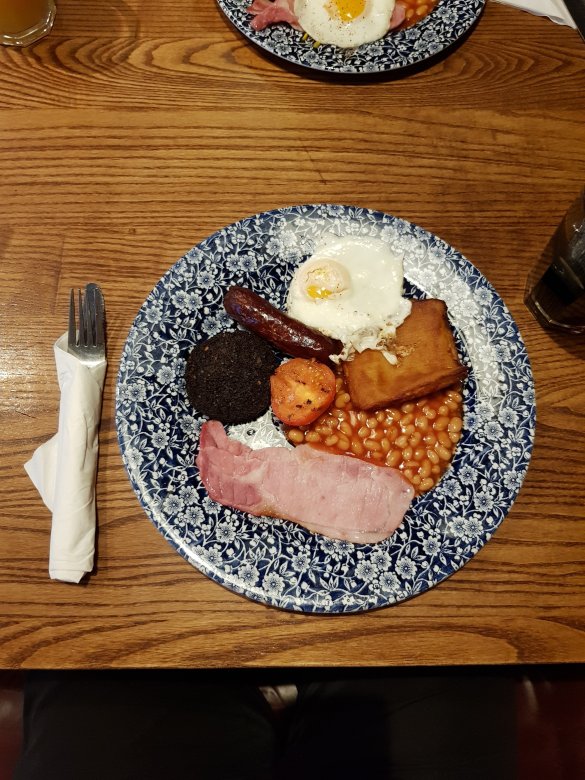 I love food. Normally, right around now I’d show you the medal draped over a cool, refreshing pint of lager. Unfortunately I’m still doing Dry January so here’s my medal with diet coke instead.

In Which I Try Organise My Race Year

Where I’m At Now:

2018 is over a week old and I’m still feeling positive about my New Years Resolutions. I decided to take on Dry January (No alcohol for the whole month) and I’m pleased to say I’m still going strong. Not had a beer since New Years Eve and for someone that used to drink almost every night after work, I feel that’s a great achievement. Tomorrow is a third of the month gone! I’ve stuck a calendar for January on my fridge to cross off the days and put the beer that was still in the fridge in the pan cupboard behind the old pans we don’t use. Hardly hear it calling out to me anymore…

I’ve always said though that once you get through the first three days of something then you’re good for the rest of the time. (Just read an article that says it takes 66 days to make a new habit but mine gets it done in three days so we’ll stick with that.)

I’ve been out for a couple runs too but only 5k’s. Easing myself back into it. Weighing myself every Monday morning and the first week weigh in said that I’d lost 5lbs. In a week! Chuffed with that! 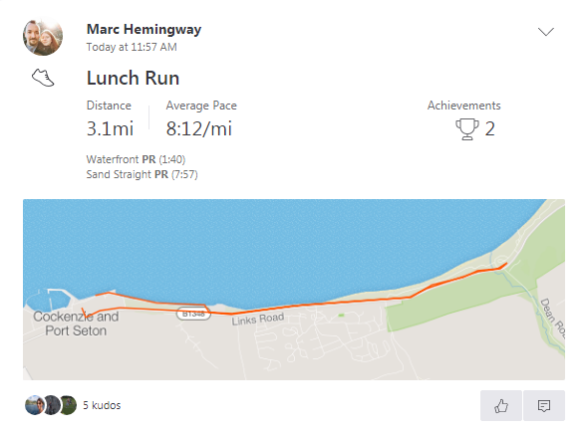 Where I’m At Later On:

This Saturday (13th January) is the Edinburgh Winter 5k run. I don’t really enter 5km races but think doing the run and getting the medal and t-shirt at the end will be a good boost to my motivation.

Then in a few weeks it’s down to Southport for my SIXTH time running in the Mad Dog 10k race. I wasn’t going to do it this year (what with now living in Scotland and it being a 4hr drive away) but we’re using it as an excuse to have a weekend away from home. (To Southport. In winter. Logic.)

Plus I’m a Harry Potter geek and when the race is called this, how could I say no?

After that the next run I’ve got booked is the Edinburgh Marathon in May. Looking to get a new PB at that one (and no sunburn, not like LAST year…)

July might see us having a trip down to Yorkshire and doing the Leeds 10k. Depends on travel costs though, train tickets for that weekend at the moment are just over £100… EACH! Hoping they bring out some cheaper ones closer to the time.

Then October is the Yorkshire Marathon. That’ll be the sixth time I run it (every year its been going) and all things going well, will be my 10th marathon overall. I love that run.

And that’s it so far! That’s what I have organised for the year. I’ve been looking into a running club near home to get my arse in gear so when I get chance will have a wander down and see what the set up is. Think it’ll be good motivation!

In February I ran Mad Dog 10k again (Fifth year in a row) and I also ran the Yorkshire Marathon (October time) for the fifth year in a row. I got a Mad Dog PB but only got my third best time in York.

I ran the Scottish 10k, Blackpool 10k and York 10k races for the first time and enjoyed them all (Even though I don’t enjoy Blackpool!)

I ran Edinburgh marathon and got seriously sunburnt.

We decided to move up to Edinburgh in Scotland in the summer and since then I’ve not got myself into the routine of running. When we were in England I worked around 2.5miles away so would run home from work most days.

My new job is 11miles from home and so it’s too far to run home after work. (I’ve done it once so far.) Plus I now do a mixture of days and nights, all 12hr shifts so it can be difficult to get motivated when you’ve been on the go all day.

The plan is this: Do better.

I’ve decided to be healthy for the whole of January which includes NO alcohol, NO junk food and NO fizzy drinks. Limiting my coffee intake and eating healthy meals. I’m coping so far, but it is only January 2nd… Not long left though!

Every day off in January will be a running day, even if it’s only a short distance. No more of this “ahhh I deserve a full day of laziness” because I end up saying that on EVERY day off and that’s VERY lazy.

This year I’ll get a new 10k PB (currently 47:56) and a new Marathon PB (3:59:15.) I’ll blog more and take more pictures. I’ll be posting more about healthy eating and probably a few recipes here and there so I have more to blog about.