In Which I Do A Home Town Run

Got picked up by Ironman Tony and Susan just after 8. Just after just after 8, we came back as I’d forgotten my arm pouch for my phone.

We parked up in Bradford town centre and walked the few minutes to Centenary Square, as the race was starting in front of the town hall.

Tony and Rob had their Lanzarote Tri club tops on and ended up getting interviewed for the Bradford  radio station, as you do… 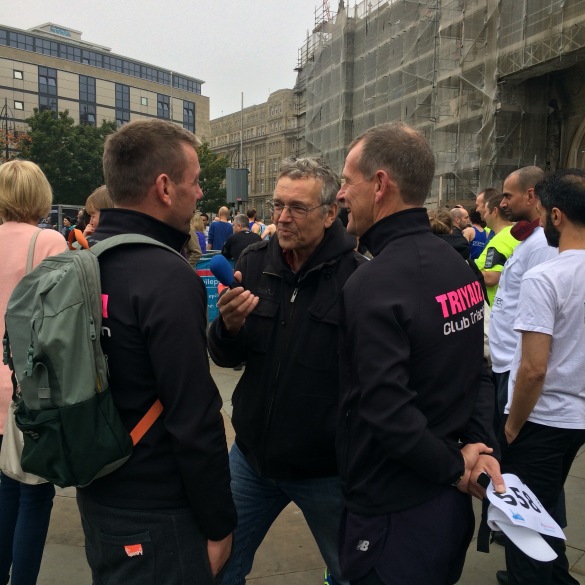 Then it was go time. It was Ashley’s first ever 10k run so I started off with him for the first half mile or so, then I left him behind. (Meant in the nicest way.)

The route took us by the new Westfield shopping centre, then up a bit of a hill through Little Germany (where I saw no Germans, of ANY size.)

We then got onto Canal Rd where the main stretch of the run was taking place, out and back. I wanted to keep 8min/mile pace as my PB was 50:21 and that pace would get me just under 50 minutes.

My hill practicing paid off at around 3km as there was a hill that wasn’t advertised, but I kept the same pace up it as on the flat. Running at 7:54 a mile! Wouldn’t be long before my body realised I was going too fast though.

Although it hadn’t by the time I reached the turn around, so was waiting for it. I took a jelly baby off a spectator (it was offered, didn’t just steal it) and then grabbed some water from the water station. Averaging 7:52 a mile…

As I’m from Bradford I could picture the last few miles in my head and so it seemed easier than other runs. Before long I was approaching the town centre, along Market street, sprint finish and done! I’d love to have more to say about the course but it’s pretty much just one long road out and back with not much to see. Oh! There were a couple of bands! Will that do you?

VERY happy! Two minutes quicker than I hoped and almost 2.5 minutes off my last official PB

Afterwards we went into Lloyd’s bar to rehydrate:

And had a bit of food too. Then three more pints… Well earned!

A stray cat seems to have decided she now lives with us. Seems nice enough. 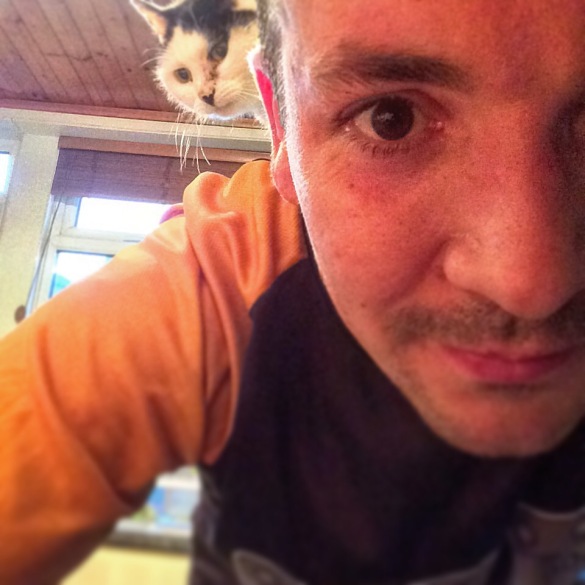